I had been living in Paris four months before I learned about the American Library here in Paris.  How it slipped through this book lover’s observation is a mystery.  I love libraries.  I love supporting libraries as well as not paying for my own books! 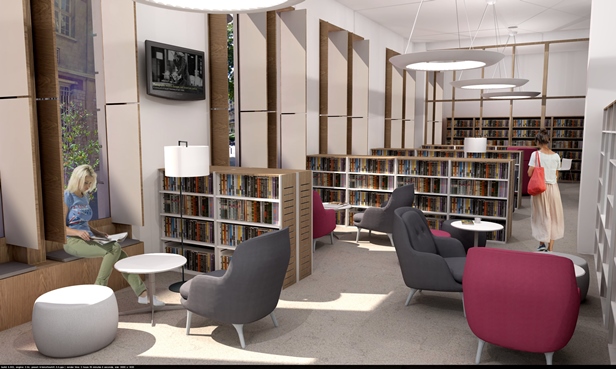 I had met an American couple while sitting in the immigration office waiting to get my physical that would allow my one year Visa to stay in France to start up.  The three of us were the only Americans in a room packed with people.  It was the first time I realized that I, in fact, was an immigrant.  We were shuttled from room to room just like I’m sure we do in the United States.  We had a long time to talk and get to know each other.  They invited me for tea about two weeks later and told me about ALP.

It is not free to go to ALP.  There is a membership fee.  For me, a single person, it cost 90 euros a year.  It may seem like a lot when one is used to free libraries in the States.  However, this library holds the largest collection of English language books in Europe.  I love mysteries and, so far, I haven’t been disappointed when I wanted to read a mystery that I had recently heard of.  The library also provides space and advertising for book groups.  So I signed up for the Mystery Book group! Of course!

The real treat that the ALP provides for the community is author, film and art events on Tuesday and Wednesday evenings.  Everyone comes to Paris.  Last month, I heard Jane Smiley talk about and read from her trilogy of the 20th Century.  Wednesday evening, just past, I saw the brand new documentary about Dr. Maya Angelou, And Still I Rise.  The reading room was overflowing with people wanting to learn more about her and many of us left with tears.

“Today is Friday, October 14, 2016, the day that the award-winning #MayaAngelouFilm opens at select AMC Theatres across the country!! Here are the ticket and showtimes links that you’ve been waiting for. Take a friend with you to see this moving documentary. You will be inspired! #BringTissue

Talks like these events would cost $100 or up in the Bay Area where I lived before Paris.  I consider 90 euros a bargain.

The library underwent a huge renovation and was closed from mid- May through the end of August.  It now has great security measures.  The city of Paris no longer allows a slot where one can drop books that are due.  We all got new library cards with electronic keys in them that open the doors into the library and also make taking out and returning books very easy.  Both for the reader and for the staff.

If you live in Paris, stop by the library.  Come to one of the evening events.  Look on line for more information:   americanlibraryinparis.org

See you at the library!