I had just arrived at the American Library when I was told there was a fire at the Cathedral of Notre Dame. I envisioned a small fire–not to worry about. I didn’t respond with much drama. We were walking on the sidewalk of rue General Camou in search of our two speakers for the evening. She stopped me and said ‘Look’. She had her iPhone in her hand and after a bit of a wait–it turned out everyone in Paris was on Wifi at that moment–showed me a photo of the fire at the back of the Cathedrale. NOT a small fire. As I often do at moments like that, I freeze a bit. I could tell by her face that she was very upset. I had yet to get there.

I was volunteering at an author event at the Library. I often get the job of greeting people as they walk in the door, asking them to sign in and showing them the donation box. All the events are open to the public and there is no charge. The library is completely dependent on donations so, with a big smile on my face, I ask them for their 10 euro donation. For a few minutes, I completely forgot about the drama taking place in the 4th arrondissement. Then I turned around and saw one of the other volunteers who was manning the drinks table in tears. She also had her phone in her hand. I walked over and she showed me a live BBC broadcast that she was watching. The fire had doubled in size in the 25 minutes since I’d been out walking to get our speakers. The 13th century spire was engulfed in flames.

I realize most of you know all of this already. I wanted to write about it but it’s not new news. This is my perspective on losing a friend. For two and a half years, I lived on the Quai des Grands Augustins. I had only to open my living room window, and look right and there was that magnificent lady that has/had stood there for over 800 years gracing Paris and being her symbol to the world. She had survived a Revolution and two World Wars. In the mornings, I could see the sun rising behind her and in the evenings, when the sun was setting over the Pont Neuf, the rays would bounce, red and purple, off the round stain glass window between the two towers. One afternoon, after a rain storm, I saw a double rainbow dome the towers. It was a magical moment. I have been to Christmas Eve mass there. I have walked up the left tower to see the gargoyles and the famous bell. The first time I took that walk I was 20 years old and a student at Lake Forest College. The last time was two years ago when my friend Barbara and I climbed it on what turned out to be one of the coldest days of the year. Never in my wildest imagination did I think I would ever lose her.

Then I moved to the 16th arrondissement in August of 2017. I don’t see Notre Dame on a daily basis anymore. Which makes her all the more stunning when I have to cross the parvis to get to the right bank or am standing on one of the bridges further down the river just gazing at her simple beauty and steadfastness. In history classes or in historical novels that sweep through the centuries, one reads about the destruction of a famous structure and then its rebuilding which takes over 200 hundred years. That will all be told in a couple of pages. As I walked home from the Library last night, I thought “I am part of history. I will never in my lifetime be able to climb the stairs in that tower or walk up the Quai behind Notre Dame, my favourite view, and see the flying buttresses holding up and holding down her flaring skirts.” Notre Dame will be rebuilt but I probably won’t see it.

At home, I watched the news until it wasn’t news. As with all huge dramas, the newscasters start interviewing bystanders to get their reaction while showing the fire in a corner of the screen. When I went to bed, it wasn’t clear if any part of the Cathedral would be saved. The Fire Chief was optimistic. I had spent an hour responding, in very short sentences, to all my American friends who had written to me expressing their grief in general and their grief for me. I was extremely touched. Paris has become my home and my friends know that. One e-mail just said “So sad”. Another “I grieve with you”. They didn’t need to say more.

This morning, I didn’t want to get out of bed. I felt as if a great good friend had died and I was miserable. Bijou stood by my bed and cried and cried. She was hungry and didn’t care about something 3 kms away. So I was forced out of bed. After giving her her very favourite food, I got on the computer and learned that the main structure had been saved and some of the most valuable art work had been rescued. No one was injured or killed. Macron warned that little fires were still burning and they expected that for the next couple of days. I plan to walk down there this afternoon and pay my respects. I’m pretty sure that I am not at all prepared for what I’ll see. After the twin towers came down, I flew to New York. I wanted to make it real. Watching some news on TV is not so different from watching an action movie. I have to see it with my own eyes to know it happened and have my own private experience.

I hope these photos are helpful for you to grasp what Paris, the citizens of Paris, the country went through last night. The country is already devastated by billions of euros loss because of the Gilets Jaunes protests. Now this. I believe Macron is hoping to appeal to the International world to raise funds to rebuild this beautiful Cathedral.

“The more you come to know a place, in general, the more it loses its essence and becomes defined by its quirks and its shortcomings.  The suggestion of something numinous or meaningful is usually available with full force only to the first time visitor and gradually decreases with familiarity”

I have changed the tense to the present tense because those two sentences jumped out at me when I read Charlotte Gray (a wonderful book, by the way!).  I first came to Paris to live in November of 2013.  I walked everywhere.  I had time to walk everywhere.  I was so full with wonder, awe and amazement at the beauty of Paris, at my good fortune to be able to pick up and leave California and live in Paris, there were times I thought my heart would burst open.

It has been a long time since I’ve had those feelings.  I live here, have commitments here, pay bills here, run up against French administration here and unless I write it down as a date with myself, I don’t take those long walks anymore.  I still love Paris but it is completely different.  I have also changed apartments.  I used to live on the corner of Git-le-Coeur and Quai des Grands Augustins.  I sat at my table and looked out on the Pont-Neuf. I could stick my head out the window, look right and see a perfect view of Notre Dame.  I understood how Monet felt when he wanted to paint certain things at every hour of the day.  These two views changed all the time depending on the weather, on the time of day, on my mood.  Many days it would take my breath away. 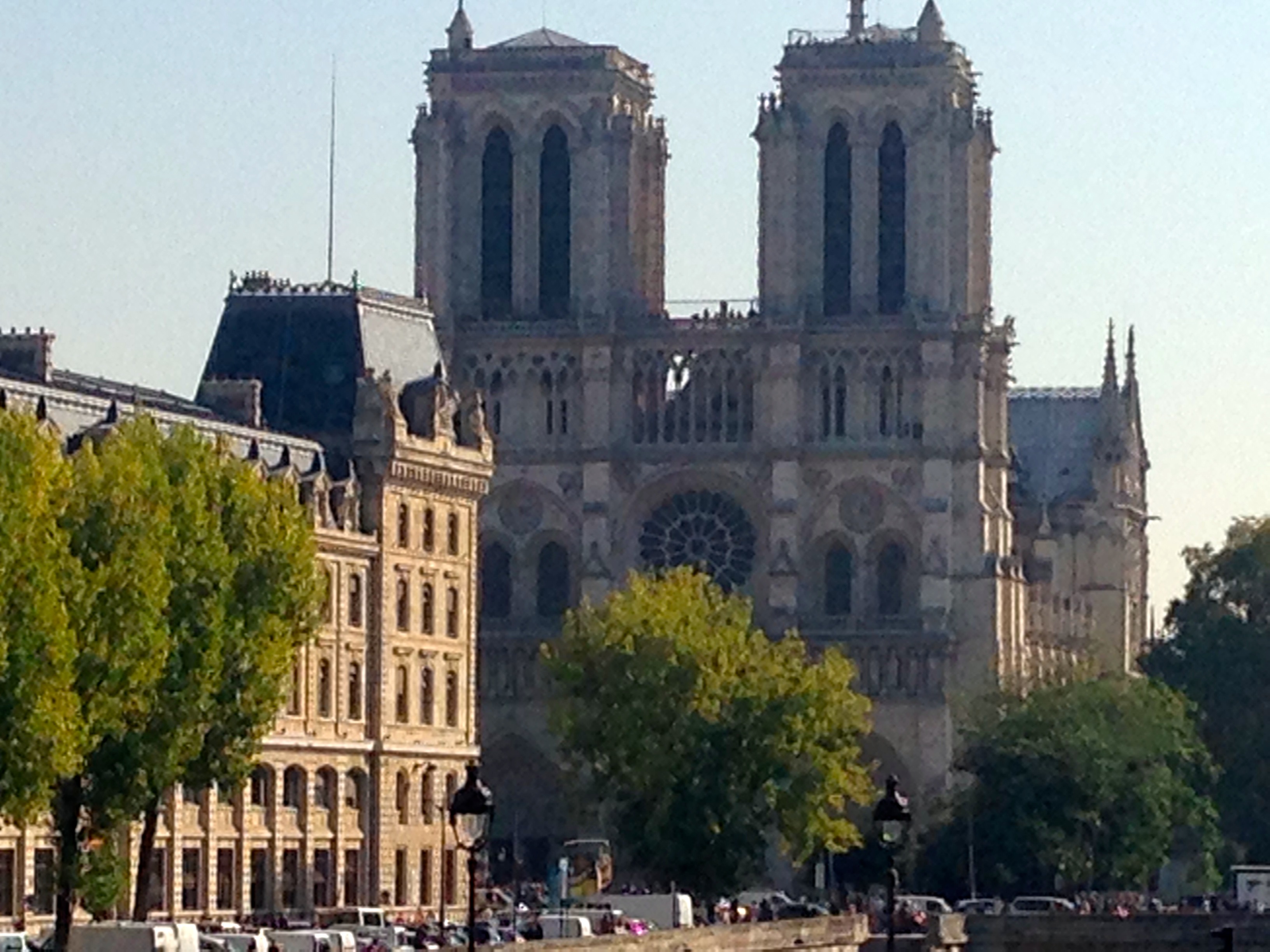 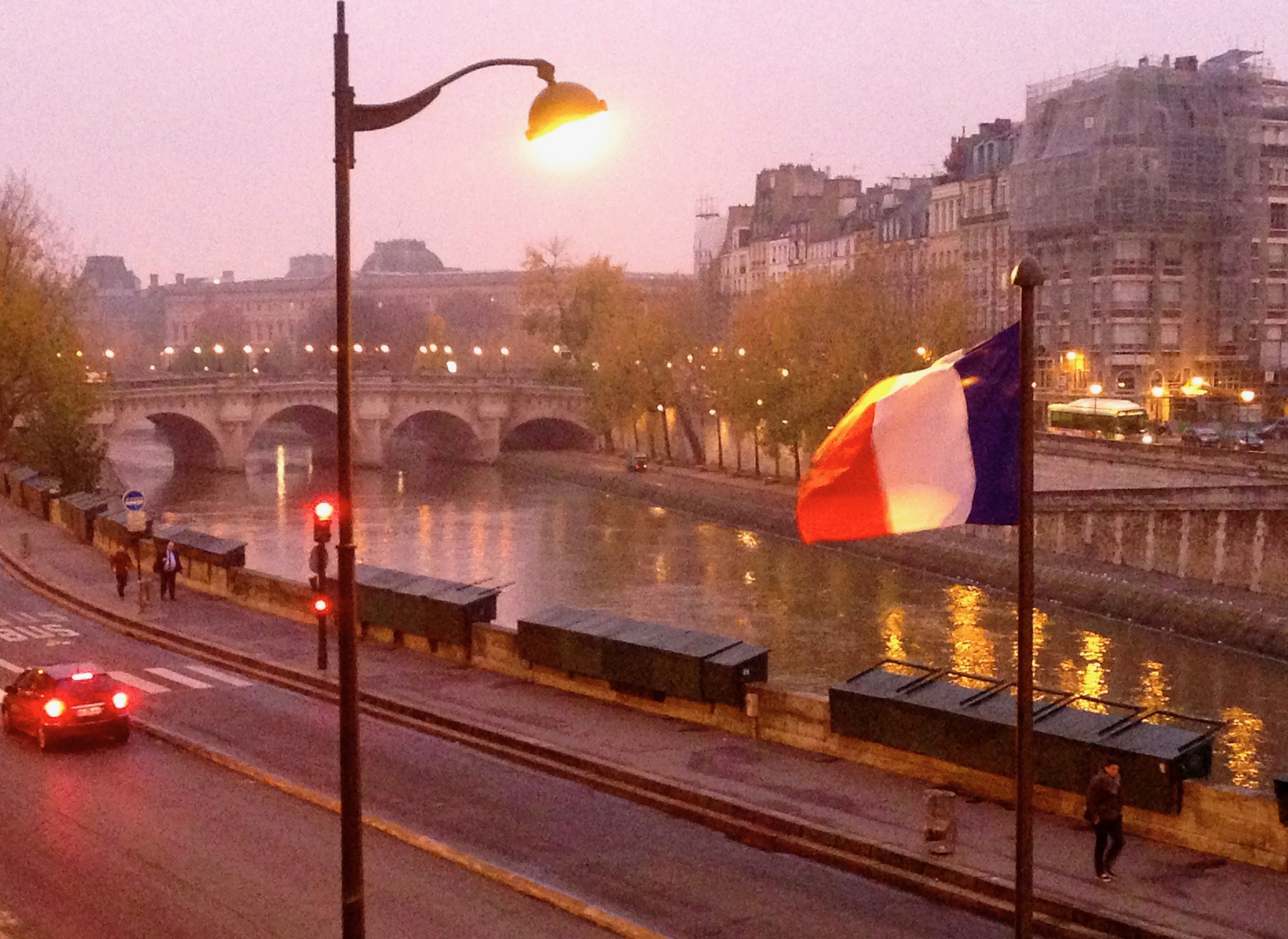 Now I live in the 16th.  I have a large terrace which I said I wanted.  In exchange, I gave up the view of the Seine, the Pont Neuf and Notre Dame.  I look out on another apartment building.  Below me is a lovely courtyard.  Every hour on the hour, I see the reflected lights of the Tour Eiffle flickering on the glass of the building across the way. The blinking lights last for five minutes then I lose the reflection.  That is the only reminder I have that I live in Paris.  And there are no high buildings or skyscrapers.  Strictly interdit in Paris.  It’s not till I walk outside and turn left on Avenue Mozart to go to the metro that the atmosphere of Paris washes over me.  Some days, especially days that it has been raining, it seems especially beautiful as the lights bounce off the sidewalk and glass store fronts.  Those days, I take a deep breath and pinch myself.  But those days have gotten far and few between.

There are no tourists here where I live.  I only hear French on the streets.  Am I saying I would trade all this to be back in the centre of Paris where tourists abound, walk incredibly slowly driving me nuts.  Where all the photos of Paris postcards originate?  Good question.  One I ask myself every day. 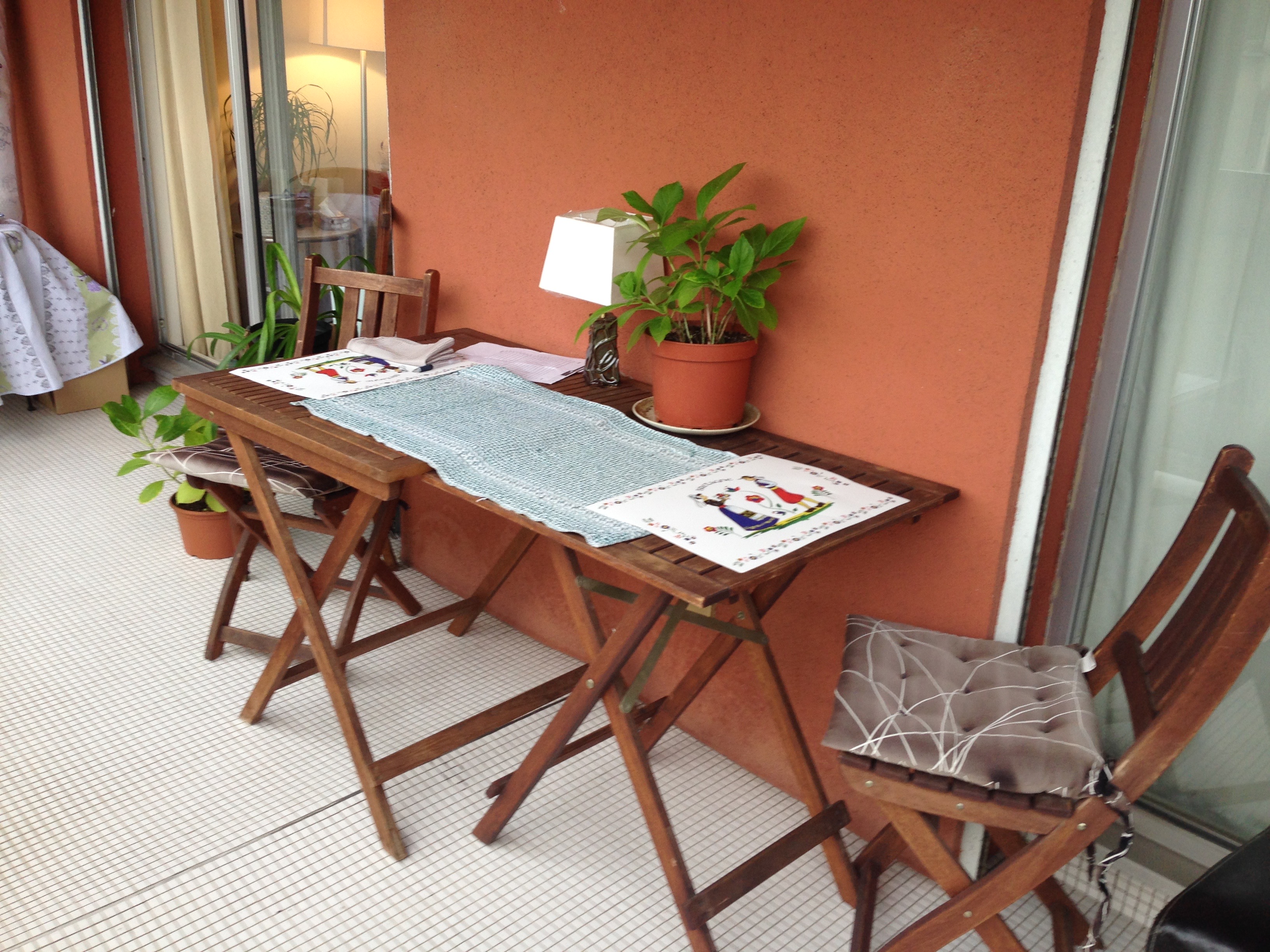 People ask me if I think I will stay here.  I always have to think out my answer carefully because it changes all the time.  Last Saturday when someone asked me, I responded that I thought I was a more interesting person living here in Paris.  I like having to walk to the metro.  I like that I can go to morning matinees of movies once a week.  I like that I never have to drive a car.  I like that I can jump on the TGV and be almost anywhere in France in less than five hours.  And that’s only because the train stops everywhere on the Cote d’Azur taking an extra two hours.  Marseilles is three plus hours away.  I adore Brittany and that I can go there and not have the tremendous crowds that Mendocino and the Northern California coast attracts.  I love going to the American Library and hearing wonderful speakers and authors one or two nights a week.  Does it really matter where I live in Paris?  The fact of the matter is that I LIVE IN PARIS!  How many Americans have the luxury of pulling up their lives and roots and move 6,000 miles away just because?

As they say in Twelve Step rooms, More Will be Revealed.

Walking around a very cold and grey Paris Saturday, Dec. 10.

Put cursor on photo to find out location.  Thanks 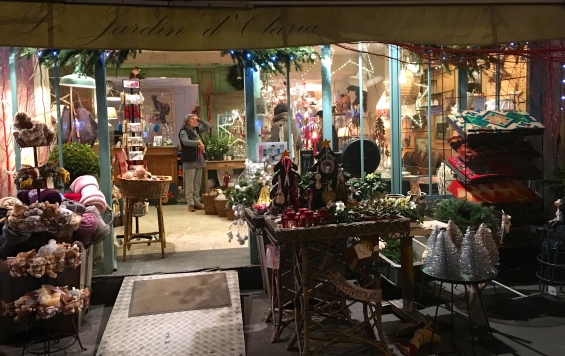 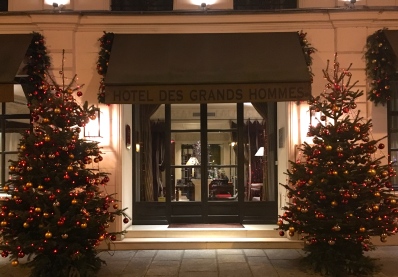