I was invited to join a group of women who go on guided tours of museums and/or areas of interest in Paris.  Having visited most, if not all, of the tourist places, I thought it would be a lovely gift to me.  I didn’t have to do anything, just show up twice a month at a designated place sent to me in an evite.  Two of the group did all the heavy lifting, hiring Kelly Spearman from Kelly Tours and figuring out the perfect size for the group.

Yesterday, we all met at Place des Petits Freres in the 2nd arrondissement. The small square is home to Notre Dame des Victoires and this was our fourth tour of the Fall.  It was entitled Squares of Paris.  Before I go further, I want to say a word or ten about Kelly herself.  Kelly doesn’t just give you a tour pointing out sites of interest.  She first orients you.  Which direction is La Seine? Where is east and where is west?  Then she proceeds to take you back into history and tell fascinating stories of how Paris came to be Paris and all the lively characters living in and out of my fair city.  I’ve never met a guide like her and I highly recommend her to any of you coming to Paris.

La place des Petits Frères, where we started our journey yesterday, is in a rarely visited area of Paris. Though we were in the 2nd arrondissement, we were close to the original walls of Paris.  Therefore, at the time of the construction of the church, the land was cheap because it was outside Paris.  A unique addition to this church is the plaques/bricks that cover the inside floor to ceiling.  Each one is numbered and dated.  Each one thanks Mother Mary for a miracle.  Some are more detailed than others,  They are in French, English, German, Italian.  All say Thank you.  It is a space of intense gratitude and even someone like me who was raised a Quaker and not familiar with such religious symbolism couldn’t help but be deeply moved.

We made our way past the “Cour des Miracles” to Place des Victories where Francois Mansart first placed his mansard roofs–a four-sided gambrel-style hip roof characterized by two slopes on each of its sides with the lower slope, punctured by dormer windows, at a steeper angle than the upper.  Architects were admiring of Italian renaissance architecture and the results in Paris are very pleasing to the eye.  In the middle of most squares (really Places as none are square anymore) there is usually a statue.  This is the first thing built when a new Square/Place is being designed.  Here, as at the Place Vendome where we went next, the stories of statues going up, coming down, going up, being destroyed so material could be used for bullets, is a fascinating journey through the Kings, the Napoleons, the french revolution and the Commune.

Place Vendome is a masterpiece of urban designing and left no doubt about the amazingly privileged social position of all those who claim it as their personal address.

I show you photos as I could never do justice to what we saw today and can only urge you to get in contact with Kelly, tell her how long you will be here and let her suggest a tour for you.  You will not regret it. 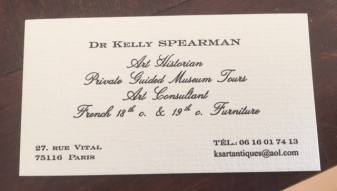 In the evening, I was invited to a cocktail party and “Talk with the Artist” at the Mona Bismarck American Center.  The show is Landscape with a Ruin by Evan Roth, a Paris based artist.

I was looking at things I didn’t understand when I saw Evan, went up to him and said “You have to explain this to me”  And he did.  Each of the above scenes is an 18 minute stream shot with infrared light of a place where a fiber optic cable goes into water or comes out of it.  The brochure says that he ‘has measured the impact of the Internet on society for over ten years.’ The internet took him to these places.  I found them haunting, lonely and beautiful.  I think that’s the point.

I came away with an understanding that one has to know the heart and mind of contemporary artists.  We aren’t looking at a Monet where all that’s said is in the painting.  These works like so many others include thought process, a lot of travel, interpretation of things in everyday use and creating art.  I liked Evan and was grateful for my private tour and talk.

It is lovely Indian Summer in Paris these days.  We had winter all September so we are luxuriating in this weather for as long as it lasts.  The sun sets around 7pm and the lights and colors on the Avenue Mozart during the waning light remind me why I love Paris.