When we left Perros-Guirec, we went to my friend, Roland’s, house in Kerprouet.  Kerprouet is hard to find on a map.  That’s because it is a small hamlet of six houses. One family lives there full time, Roland comes and goes from his home in Perros-Guirec, there are two English owners who don’t seem to come very often.  The other two homes are owned by members of the family who live there full time.

Kerprouet is near the town of Huelgoat and lies on the eastern end of the National Forest in Finistere.  Each day, we lingered around drinking coffee in the morning then made a day trip to somewhere on the coast.  Every trip was a minimum of an hour!

The first day we went to Presqu’Ile de Crozon where the Atlantic ocean hits, sometimes with intense savagery, the cliffs of this peninsula that is almost the most western tip of France and Europe.  My photos will not do it justice.  There is heather on the moors that lead up to the cliffs.  The water is turquoise where it comes into safety in inlets and beaches.  And there are lighthouses on almost every tip manned twenty-four hours a day by the French navy.

The following days we visited the town of Locronan, named one of the most beautiful villages in Brittany.  It reminded me a lot of Mendocino, a beautiful place completely taken over by retail shops selling souvenirs.  However, we were lucky enough to see a religious procession of Britons in their native costume. 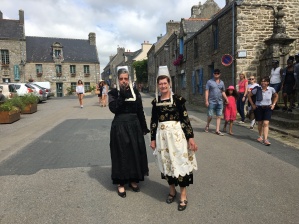 We went to Pointe de Raz “le bout du Monde”-the end of the earth.  I love the faience that comes from Quimper. So we went to Quimper one day, did a tour of the Henriot factory, I bought some faience and then went to the Musee which exhibited years of beautiful work. 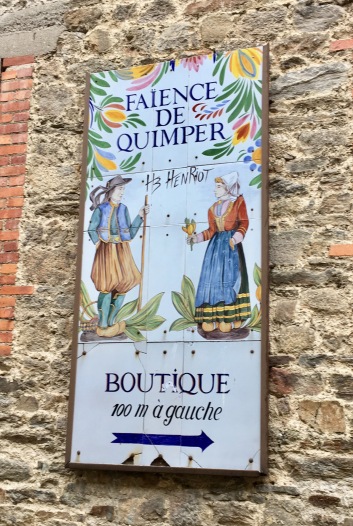 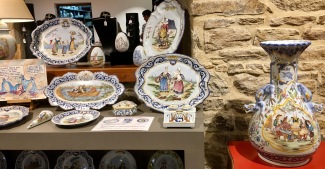 On our last full day in the Finistere, we went to visit another friend of mine, Philippe, in Pont-Aven.  Pont-Aven once was the home Gauguin and friends who took advantage of the beauty of this village that sits at the tip of the Aven river.  Philippe took us on a wonderful walk along GR 34 that took us out to the sea along the Aven river, around the tip and back along the Belon river. 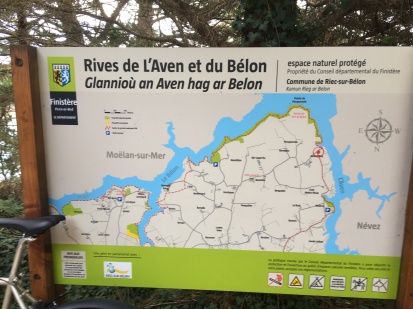 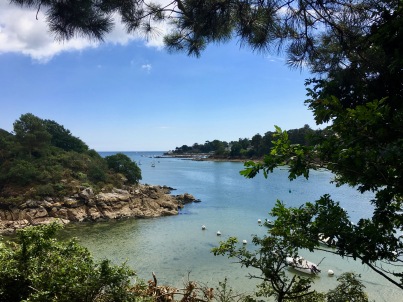 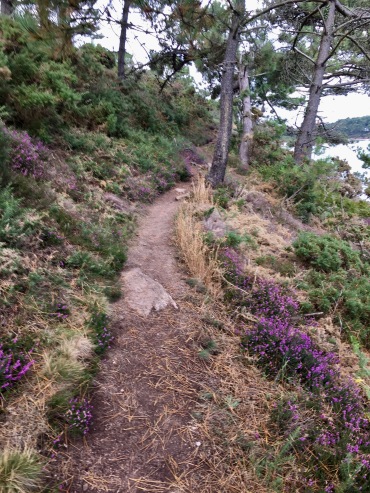 There are so many more photos but that’s enough for today.  Time to come back to Paris, to the 16th arrondissement and the further adventures of Bijou the cat!